The history of Stat-Ease begins in the 1970s when its original principals—Pat Whitcomb, Tryg Helseth and Mark Anderson—mastered design of experiments (DOE) while working for General Mills Chemical Division’s Process Development group. 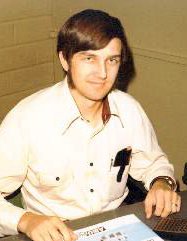 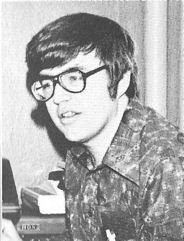 When IBM came out with its first PC in 1981, Pat recognized an opportunity to make DOE easy for non-statisticians via a menu-driven computer program, which he named “Design-Ease” (DE). Pat then established “Stat-Ease” with the intriguing slogan “Statistics Made Easy” (an oxymoron?). After several years of gestation, DE took off in 1987 when touted as “incredibly easy to use” in a widely read Journal of Quality Technology review on “Tools for Computer-Aided Experiments.” With profits now rolling in, Stat-Ease could afford to bring Tryg on as a full-time programmer and hire Mark as the business manager.

In 1988, the company released its first version of Design-Expert (DX), which provided response surface methods (RSM) for process optimization. This new program complemented DE and its capability for screening main effects and characterization of interactions. DX also provided mixture designs for optimizing formulations—a big attraction for users in the process industries. With this product-line extension, sales grew at a healthy rate, enabling the addition of many new employees to handle orders, provide statistical help and program new features.

In 1996 Stat-Ease incorporated all the features of Design-Ease into Design-Expert version 5 and translated it to Windows. By then the company’s user base approached six figures. Their eagerness for a graphical user-interface led to a deluge of upgrades, the proceeds from which the three Principals reinvested into further expansion.

Being so easy to use, Stat-Ease software enabled computer-intensive workshops on DOE/RSM that their experts, Pat, Mark and one of their early hires—Shari Kraber—presented to 1000s of researchers throughout the years. Training remains a vital aspect for Stat-Ease helping users “make the most from every experiment.”